The Divine Mother is the destroyer of pains and miseries. Especially, the pain caused by worldliness, births and deaths. The complete release from pain of any kind. 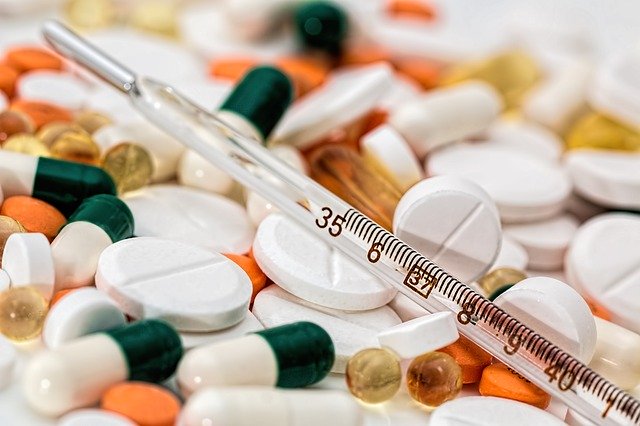 The Duhkha दुःख्ख  or pain may roughly in the worldly view be taken as arising from the three sources, viz., (1) Due to visible causes including other beings and even elements; (2) Due to the karma, which means the action-reaction law, omission of one’s duties and decisions, by dispensers of justice, etc., and (3) Impurity and sinfulness of the soul.
You are over-proud, lustful, greedy, etc., and therefore, you suffer, you are humbled, insulted, punished, filled with anguish and blotted with failures. This is the first source. Your only son after whose comforts you spent your whole wealth unthoughtfully, and became a beggar, turns faithless or dies. This is the second source. The said two kinds of pains or miseries are known as Bhautik भौतिक and Daivik दैविक , respectively.
The third source is that of the multiplication of miseries, due to perverted notions, crookedness, evil intentions, ignorance and slothfulness of the soul. This is called Atmik आत्मिक.
Sufferings due to Action-Reaction Law, as a corollary to the Re-incarnation theory, as also enjoyments, and therefore the actions, in a word Duhkha दुःख्ख, Sukha सुख, and Karma कर्म are mainly classified as of three types – Kriyamaana क्रीयमाण, Sanchita संचित and Praarabdha प्रारब्ध. Kriyamaana क्रीयमाण means summary of presents results. Say you insult someone and he slaps you. None of the two actions were destined. You save a child from accident, and the parents out of gratitude send you a rich present.

Sanchita is the sum total of your assets and liabilities. For every good or bad act of yours, including the smallest thought, word, desire, emotion. etc., there is reward or punishment. Just as the Central Board of all the different railways, with deepest concentration, arranges out a programme and a schedule of lines, number of trains, stoppages etc., so that the maximum possible convenience of the whole country be served, etc., so after full consideration, as to how to best cancel the assets and liabilities of each soul, programmes and details of every life are worked out, and each life is, so to say, chalked out in advanced.
Relations of different souls, their dealings, their inclinations to one another, are all so intelligently and comprehensively interwoven, to form the details of each life, that there are three principles mainly secured :- (1) With the minimum number of lives, the maximum work of realizing the assets and paying of them liabilities, is done. (2) Every soul is given his free will, within certain limits, and even some success, as a result of his strong will, ,within certain limits, which are different for different souls and very extremely widely. (3) It is seen that on the whole , every soul as an individual has been progressing and getting better  from the point of experience and spiritual enlightenment and has been pitching his tent, nearer home. In details of every life and in the combination of several lives, there are certain relationships, dealings and happenings which must takes place as dead certainties. These details are called Praarabdha प्रारब्ध details. Praarabdha  प्रारब्ध literally means “begun” and is compared to an arrow discharged, which can not be revoked.

Thus there are certain details, e.g., birth, wife, children, general outline of the standard of living, financial condition, relationship of being a creditor and debtor with other souls, natural inclinations , maximum capacities, attainments, general evolution etc.

Once this reincarnation theory is explained and accepted, the next difficulty raised is this :- ” If everything is going on and is enforced, as the action-reaction law, what is the use of devotion and Mother’s intercession ? “
The answer is, that the above law is the standing law. Every Law has however exceptions and there are special treatments as well, as also Queen’s Mercy, as also kind or severe individual treatment, during punishment. There the devotee is at an extremely great advantage. There is no partiality, as anyone who devotes to Mother has those concessions and considerations.

But the more important subtler facts are, that devotion brings about the intrinsic absolute change in the soul, so very automatically and imperceptibly. A truely religious devotee is so very careful of his actions , that his Kriyamaana automatically ceases.Regarding Sanchita, he forgets all his assets. He renounces his claim to all happiness he is entitle to, because he has secured much higher happiness. Change in him often creates a similar noble change in his creditors, as well.Further Mother gives him strong bearing power. Mother gives the steel armour, which defies all bullets discharged on the devotees as required by the Karmic Law. According to Mai-ism, as also Hindu scriptures , even Sanchita is burned away by devotion and what remains is the Praarabdha, which he has to consume out, by actually suffering.

A great devotee was suffering from piles and paralysis. The worshipped attended him, and washed his private parts. One day he questioned, ” Oh God, if you love me so much, why don’t you remove the disease itself ?” Lord said,” Praarabdha must be consumed out only by actual suffering.”
Further, the devotees have the advantage of suitable adjustments, as when sufferings should befall them. In a word, the devotee does not escape his creditors but has a very strong protection and a special treatment. He has the relief of liquidation. He renounces everything and the court takes charges of his assets and liabilities. Still further in the higher type of devotion, the minds which takes the cognizance of all sufferings is entirely absent, being absorbed in God and therefore the effect of suffering is least.

Yet still further, a true devotee of the highest order, is psychologically so molded that he has only one thought and one feeling and he says, “Mother’s Will is my will.”
One more point. Why should devotees forego their claims to all their assets? Suppose there is quite an extra-ordinary robber who very dexterously stole away some precious ornaments from a Prince’s palace. He has suffered, he has passed through rigorous imprisonment  and has been wise and is earning his bread by honest labor, in a small village.
Suppose a fire broke out in the village, and the thief, now a thorough gentleman saved a family and the prince has proclaimed a big prize for whoever comes forth and proves that it was he who saved the family from the fire.
Will he go? Will you go? He shudders at the idea, of having to go to very same palace and very same prince. He does not want to take any chance, lest the ornament of the palace may tempt him again and all his labour of evolution be again lost. He forgoes the prize. Even if someone said, it was he who saved the family, he would not admit it. To apply this illustration, to be able to have the opportunity of enjoying his dues, he would be placed in the tempting world once more. He may get the prize but there is again the chance of being tempted away and rotting under a rigorous imprisonment.

The relationship of Mother and child is so very sacred and secret, that during their communion, no deity dare peep, much less record what takes place.

Justice demands that a certain crime, say insulting the judge, is punishable with say a hundred lashes. Even a Henry, a prince, has to undergo the punishment, but the prince lashing will be quite different from a dacoit-lashing.

Extract from the book : MOTHER AND MOTHER’S THOUSAND NAMES

This site uses Akismet to reduce spam. Learn how your comment data is processed.